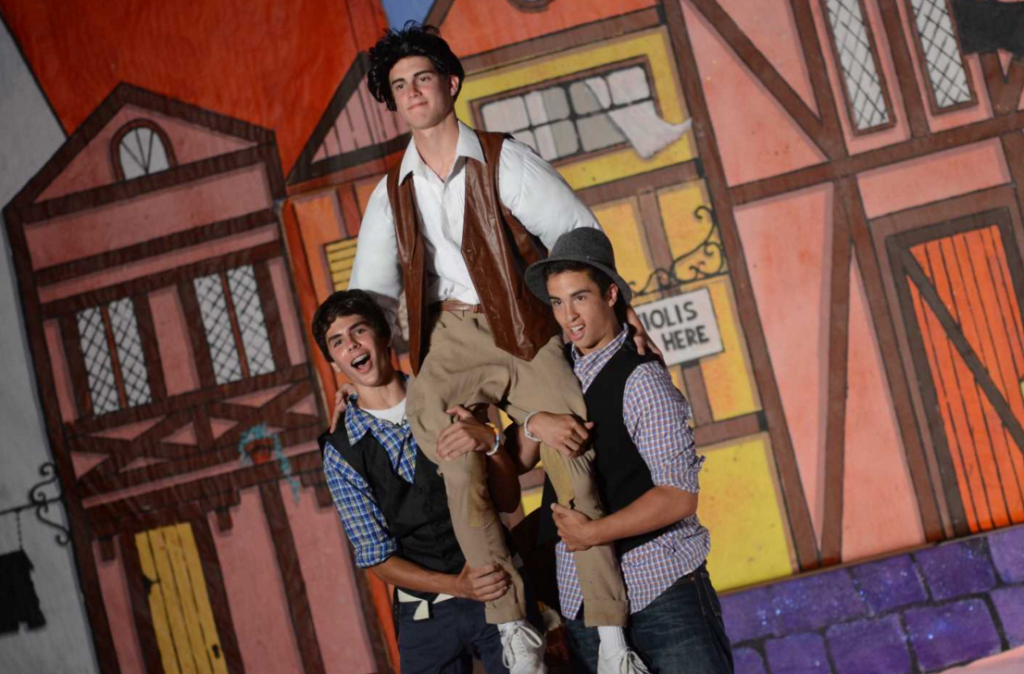 I could hear my heart pounding in my chest and I felt like I was going to throw up. I could hear the whispers of my fellow campers just behind the curtain, and I became absolutely certain that this was a very very bad idea. And then, like slow motion, the curtain lifted and I saw the entire audience looking at me. And the music that was all so familiar from practice started, and my feet started moving and my lips started talking and I was doing it! I was preforming in front of a huge crowd and to my surprise, I was LOVING it. It was so much fun pretending to be someone else, and I lost myself in the character I was playing. I had never been in a play before, and never thought as myself as the “in the spotlight” kind of kid, but I felt right at home on stage.

One of the reasons I felt so confident on my big night was because we had so many opportunities to practice. Every day, almost from the first day at camp, we would all get together and practice our lines, our movements and we got a lot of guidance from our counselors, some of whom had been in dozens of plays in high school and college! They were so helpful in making us feel comfortable and confident, and sometimes we forgot we were “working” because we were having so much fun.

Some of my cast mates were from preforming arts schools, and had a lot of theatre experience under their belt. We all really learned a lot from them, and were lucky to have them on our team. But no matter if we had done 10 plays or this was our first one, everyone was treated like a very valuable part of the production. I loved the feeling of being part of a team (since sports have never really been my thing) and feeling valued, wanted and appreciated. When I got nervous, I just had to look out of the corner of my eye to my friend Jake who would give me an encouraging nod or wink, and I suddenly found my confidence. When someone else got tripped up on their lines or forgot their mark, I was able to mouth the words or improvise so that the show flowed smoothly.

Since I was in the play at camp, public speaking at school has been much easier. I even tried out for the play at school, and although I didn’t get the role I auditioned for, I’m having a great time being part of the production. That is another thing that being in the camp play helped me with; understanding that you don’t always get the starring role, but that without the supporting roles, the play can’t go on! Everyone has such an important role, no matter how small, and I love that about being in theatre.

After the play, everyone clapped and cheered, and for the rest of my time at camp, people I didn’t even know came up and told me how funny I was and what a good job I did. It was so nice to get that encouragement from my fellow campers. Some even said that they’re going to try out next time!

Being in the camp play was one of the most exciting, nerve-wracking, and amazing things I’ve ever done, and I learned so much!