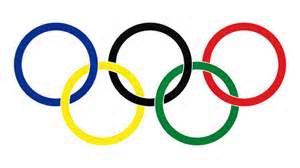 The Sochi Olympics took place last month, and even though the athletes competed on snow and ice, the games were surprisingly reminiscent of summer camp, particularly from a staff perspective. Many athletes were there for the first time. Some, however, were competing in their second, third, or even fifth Olympic games. Each summer at camp, likewise, attracts many fresh staff faces – eager but not quite sure what to expect – and returning staff who are back to lead the way and improve upon their past performances, even if those performances were already gold medal caliber. Oddly, a lot of camp blogs and articles address the qualities and expectations of new camp staff, but few address those of returners. How do staff approach camp if it is their second, third, fifth, or even tenth summer? The answer most veteran camp staff provide is that they intend to be better. Even great summers, in retrospect, have room for improvement. Like campers, returning staff always arrive with an agenda and, like athletes, always strive for that perfect 10 summer. Every summer is an Olympic year for camp staff.

Many returners actually begin goal setting for the following summer before the current summer ends. Some simply visualize areas in which they could be better while 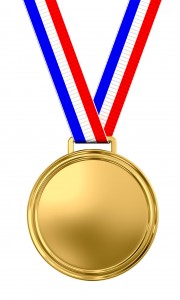 others actually comprise a physical list. Veteran staff members learn, over the course of several summers, that there is a maturation process to working at camp. Because camp tends to be such a microcosmic environment in which staff wear many hats, it’s almost impossible not to develop multiple perspectives of camp and how it can be made even better. Like athletes, veteran camp staff know that there is always room for improvement. Even the smallest of adjustments can elevate a summer from excellent to outstanding. In part, that is what draws returning staff members back year after year.

Regardless of whether each summer begins with a written or mental list of goals, it ends the same for all returning staff – with careful evaluation of their own performance. The desire to be better is a unique quality of returning camp staff, and a quality that makes them very appealing as job candidates. The enthusiasm of happy campers is infectious. Mediocrity is simply not an option when making campers happy. Returning camp staff are so willing to dedicate themselves to the task of creating gold medal summers that they come back year after year, physically and mentally ready to take on old challenges as well as new ones. At camp,  they eat, breathe, sleep and live what they’ve been envisioning since the end of the previous summer in their quest to simply be better at something they love.